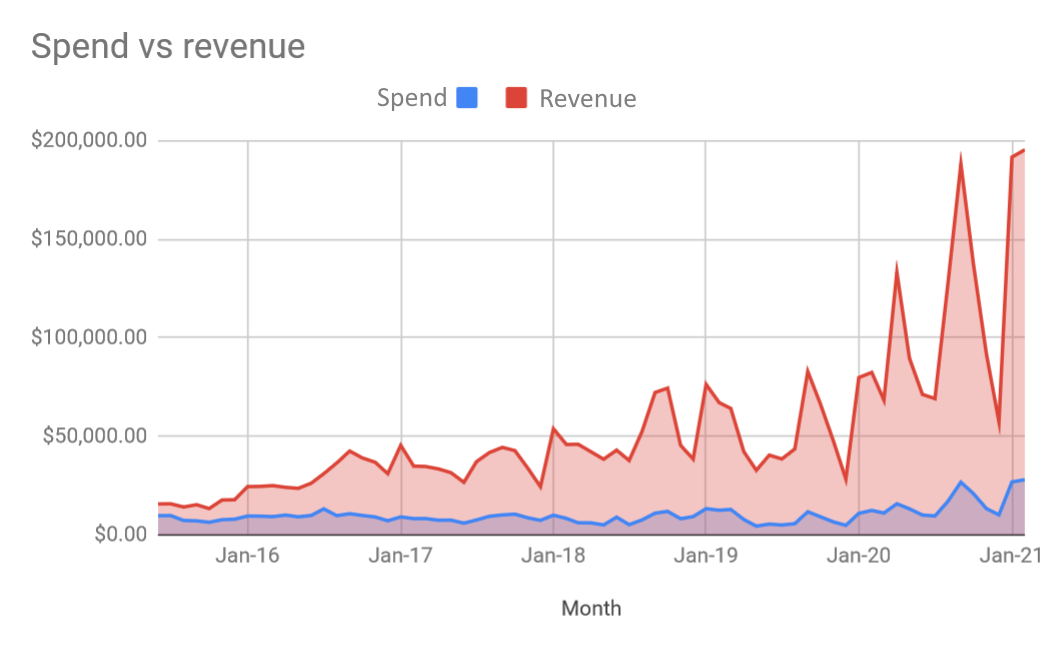 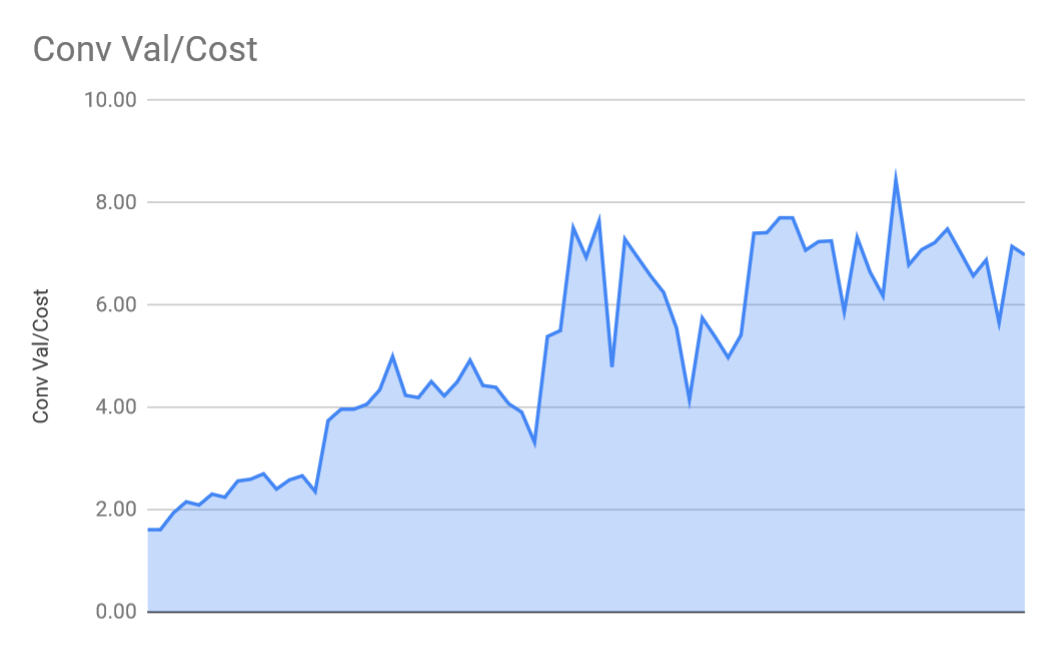 Until 2016, SEM at eBooks.com was managed by an external advertising company. Around this time, I expressed my interest in getting involved by offering to examine our campaign performance. I discovered that a very simple Google Ads campaign had been created, and the company was doing minimal refinement. I let management know that they were paying the company a monthly retainer to essentially do nothing, and it would make sense for me to take it over.

My first step was to slowly improve our regular ad campaigns. I did this by adding negative keywords, bid adjustments by country and device, as well as targeting popular landing pages. Our big break came in 2018 when I investigated and integrated with Google Merchant. I wrote a service in C# to generate daily catalogues to keep in sync with Google. Once this was running smoothly, I refined Merchant Centre campaigns each month based on what worked and what didn’t. My main goal was to increase ROI. As long as the ROI was good, I had permission increase ad spending to as much as I liked.

As more countries became available in Merchant Centre, I experimented with each to see if they were viable to sell into. Some were unviable, such as India, whereas others like Saudi Arabia were unexpectedly profitable. I gave myself 6 months for each country to reach an acceptable ROI (4:1), if I couldn’t achieve this, the country was cut. Bing also released their own version of Merchant Centre which thankfully took the same catalogue specification as Google. I was only able to achieve acceptable ROI’s in Australia and USA on Bing, and even then the revenue was 10% of what was generated on Google.

In May 2021, Google imposed a ban on selling ebooks through Google Shopping. They were unable to develop measures to prevent people selling pirated content and decided to block everyone from selling ebooks through Google Shopping. Obviously, this had a large impact on our bottom line with minimal notice given. In my opinion, they should have whitelisted legitimate booksellers rather than blacklisting everyone.